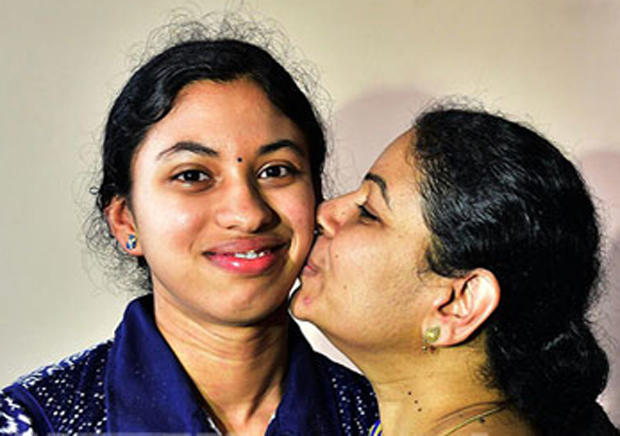 Bengaluru, Apr 15: Kruti Muttagi, a student of VVS Sardarpatel PU College at Basaveshwaranagar in the city, has secured first rank in the science stream as the Karnataka PUC results were announced on Monday.

She secured 597 marks out of 600, while scoring full marks in four out of six papers – mathematics, physics, chemistry and second language (Sanskrit).

Kruti, who wants to be a doctor, said is expecting a medical seat at the Bangalore Medical College and Research Institute in the city.

“I would love to continue my education in Bengaluru and I hope that I score good marks in NEET,” she said. Revealing her success mantra, Kruti said that she followed a timetable at home for the last three months and tried to clear tough topics first, trying to avoid any last-minute preparations.

“The atmosphere at home is completely festive as wishes keep pouring in from everyone,” said Kruti’s mother Arati Muttagi, a homemaker.

Interestingly, all three toppers from the commerce stream are also girls and are from PU colleges in the city. Varshini M. Bhat from Vidyamandir Independent PU College, Malleswaram scored 595 to secure the first rank.

Securing 100% marks in all the five subjects except English, Amrutha S.R. from ASC PU College, Rajajinagar came second. She is planning to join Chartered Accountancy (CA) along with a full-time degree course and has been preparing for entrance exams.

Also a trained Carnatic singer, she has been practicing too with her studies. She had secured 97.92% marks in SSLC. “Amrutha has been attending college regularly and has been revising day-to-day portions well before wrapping up her day. Her interest to understand concepts clearly has helped her master the course, helping her score well,” said Ramesh S., a high school teacher at an aided school in Benson Town.