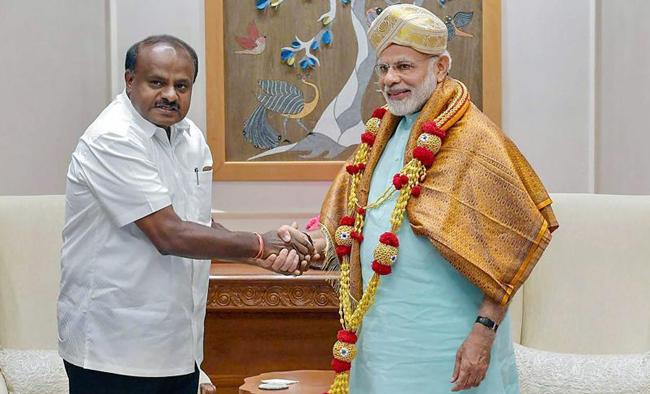 Amidst coalitions troubles and decimation of the ruling combine in elections, Kumaraswamy on Friday expanded his Cabinet by inducting two independent MLAs.

Governor Vajubhai Vala administered the oath of office and secrecy to R Shankar and H Nagesh at the Raj Bhavan where deputy Chief Minister G Parameshwara and others were also present.

In Karnataka, BJP is the single largest party with 105 members in the 225 member assembly, while the ruling coalition of Congress and JD(U) has 117 members. 79 legislators belong to Congress, 37 from JD(S)and 1 from BSP.