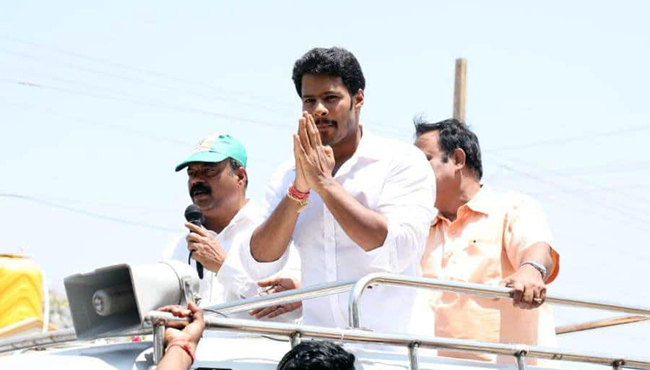 Mandya, Apr 16: As a last minute approach to woo the voters in favour of his son Nikhil, Karnataka Chief Minister H D Kumaraswamy held a day-long road-show in the Mandya Lok Sabha seat going to poll on April 18 in the first phase of general election in Karnataka.

In his whirlwind road-show, Chief Minister, accompanied by Nikhil and other JD(S) leaders, appealed to the voters, who had came out from their houses in support.

Addressing a gathering at Thaggahalli, Kumaraswamy charged that “the Opposition BJP leaders, are dreaming to topple the coalition government by defeating the JD(S) candidate in the Mandya Lok Sabha elections”.