Bengaluru lockdown: What is allowed and what is not

Free Covid-19 treatment in the all medical college hospitals in DK: Minister

'Cancel licence of hospitals, medical colleges that did not hand over 50 pc beds to govt'

Lockdown won’t be extended beyond July 22 in Bengaluru: CM 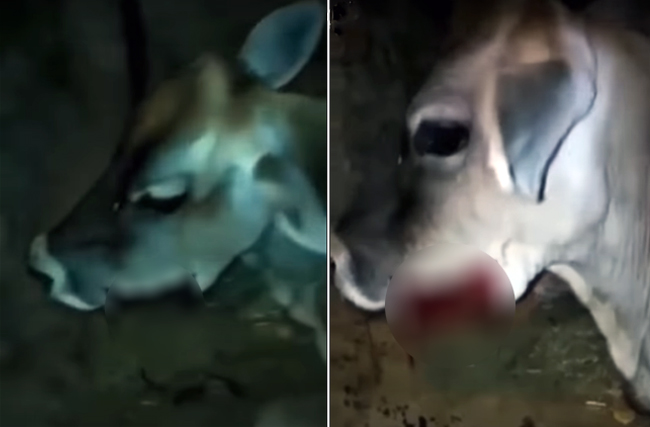 The Himachal Pradesh police have confirmed the arrested a man for injuring a pregnant cow by feeding her wheat flour ball laced with firecrackers.

The cow’s jaw was blown off-- reprising the tragic story of a pregnant elephant that lost its life after eating a pineapple stuffed with a firecracker in Kerala.

While the incident took place on May 26 in Jhandutta area of Himachal Pradesh’s Bilaspur district, it came to light only on Saturday, May 6, when the cow’s owner, Gurdayal Singh, uploaded a video of the injured animal on social media.

In the video, Gurdiyal Singh describes how the cow’s mouth had been injured after one Nandlal fed her explosives.

He confirmed that Nandlal works as a mechanic in Singh’s neighbourhood. Singh said that Nandlal has no remorse for his action. Nandlal has said that he is not scared of the repercussions and that he will continue to do whatever he deems fit. “Even the village sarpanch cannot harm me”, challenged Nandlal when confronted by Singh.

The cow has given birth to a healthy calf since but Singh said the animal is still not able to eat because of an injured jaw and is being administered Glucose.

The video went viral with people demanding strict action against the person who fed firecrackers to the animal.

The practice of studding dough balls with firecrackers isn’t uncommon in Himachal, and farmers resort to this to keep wild animals, especially boards, off their fields. In the Kerala incident too, the explosive-filled-fruit was meant for wild boars. In many parts of the country, including Himachal, the method is also used to hunt for bush meat -- an illegal practice.

Aalu is Hindi for potato. He said a case under Section 286 of the Prevention of Cruelty to Animals Act has been registered and the role of the neighbours named by Singh is being investigated.

Someone needs to educate these disgusting Indian pigs. Religious? After what they do to women and animals? They are less than animals. A disgrace to their God and the human race. Sadly, officials are corrupt and those that aren't are powerless.