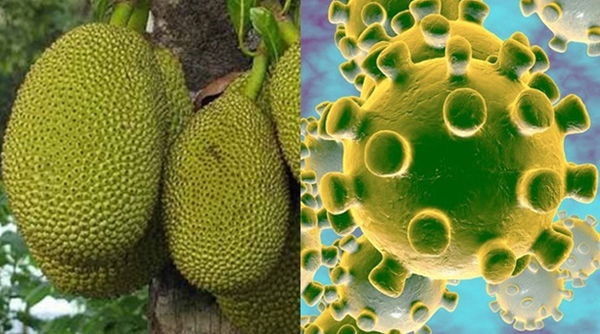 Kasaragod, May 25: An autorickshaw driver from Belur in Kasaragod was admitted for surgery to a hospital after being hit on the head by a falling jackfruit. He was tested positive for the coronavirus. It is not clear how he contracted the viral infection.

“While he was trying to pluck a jackfruit off a tree, one of them fell on him, injuring his spine. His hands and legs were weakened too. His condition required surgery. Our protocol dictates that we subject everyone who require immediate surgery to the covid test, just to be sure. That’s when he tested positive,” said Dr K Sudeep, superintendent of the Pariyaram Medical College in Kannur.

“He had symptoms of Covid-19. But he has no recent travel history or contact with any infected person. We’re not sure if he got it through one of his passengers in the rickshaw. He had visited the district hospital once so he could have got it from there. Anyway, we are examining it and preparing the route maps,” he added.

His family will be quarantined and health workers have begun to trace his immediate primary contacts.

Though there have been a number of cases in Kerala where a person’s source of infection could not be correctly ascertained, such people have gone on to recover without spreading the infection to others.

The Kerala government is conducting testing of high-risk persons on the frontlines, such as police officials, grocery vendors and health workers, as part of its sentinel surveillance programme, but maintains that there’s little evidence of a community spread in the state.