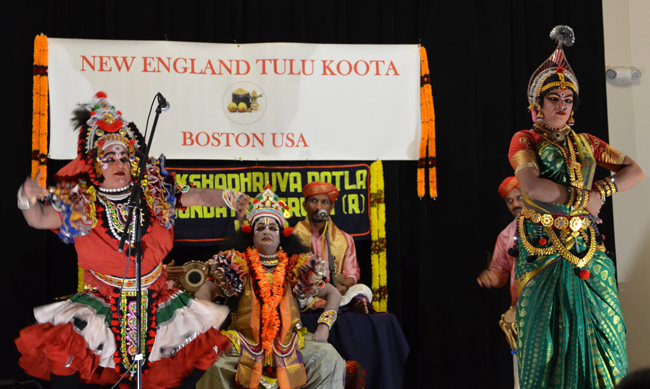 Boston: Art lovers of Boston area witnessed a rare display of ‘Yakshagana’, one of coastal Karnataka’s rich and colourful art forms, at the Tyngsborough Town Hall near Boston on August 31, 2019. The event organized by the New England Tulu Koota (NETK) Boston USA highlighted performances by the preeminent Yakshagana artist Patla Satish Shetty of the Yaksha Dhruva Patla Foundation, Mangaluru and his team. The charitable foundation based In Karnataka along with its newly inaugurated unit in the USA endeavors to popularize the art form while providing financial support to needy Yakshagana artistes and their families.

New England Tulu Koota Boston is a registered organization in the state of Massachusetts that strives to preserve and spread the Tulu language and culture in the American continent. Over the past six years since its inception, it has organized various cultural programs to highlight the talents of local Tulu community members as well as professional artists from the coastal area of Karnataka. This effort is intended to exhibit the rich heritage to the younger generation in the US and enable a better appreciation of their cultural roots.

An introductory welcome at the event was followed by a rendition of ‘Yakshagana Sudarshana Vijaya’ by the well-known artists from the coastal districts of Karnataka. It was a mesmerizing event and will remain in the memory of Bostonians for a long time. Starting with the melodious and mellifluous voice of Sri Patla Satish Shetty backed by enthralling dance and dialogues of Sudarshana, Vishnu, Lakshmidevi by Chandrashekara Dharmastala, Prof. Lakshminaryana Samaga, Prashanth Shetty Nelyadi, Mahesh Maniyani, Mohana Bellippady and local talent Sumanth Mithanthaya backed by Padmanabha Upadhya and Padyana Jayaram's beats took the audience to an enchanting world of music and dance.

At the end of the program, Sri Patla Satish Shetty and the artists were honored and presented with mementos by the Tulu Koota president Bhaskara Sherigar, General Secretary Puja Shetty, Treasurer Sharath Amin and other executive members of Tulu Koota. Sahana Alva and Ravi Shetty, as masters of ceremonies, enhanced the knowledge of the audience regarding Yakshagana. The visiting artist, Prof. M.L. Samaga, a former principal of MGM College Udupi, and an ardent Yakshagana enthusiast briefly explained the rich history of Yakshagana and the importance of passing on the cultural traditions to younger generations. Sri Patla Satish Shetty presented an overview of the Yaksha Dhruva Patla Foundation and sought support from the community for its role in helping needy Yakshagana artists. The program was concluded with a Vote of Thanks by Fredrick Fernandes.

The sterling performances by the Yakshagana troupe backed by servings of homemade Tulunad delicacies of “Kadle Bajil” and tea along with light refreshments provided by Tulu Koota volunteers evoked in the audience a wistful and nostalgic memory of a faraway land as they left a packed concert hall after the event. 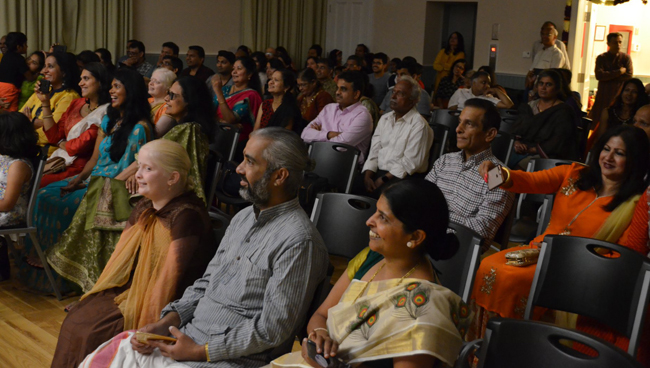 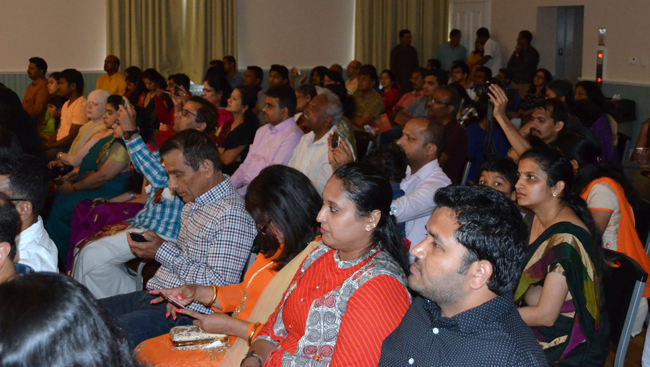 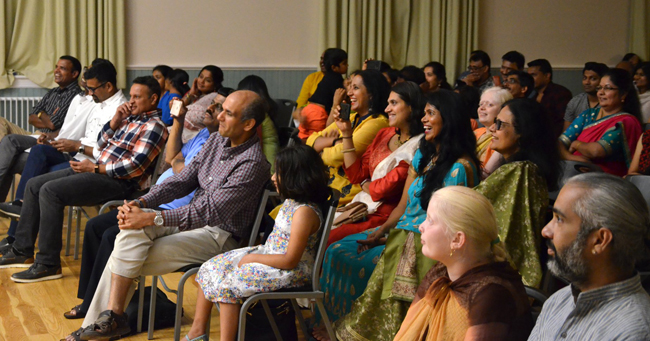 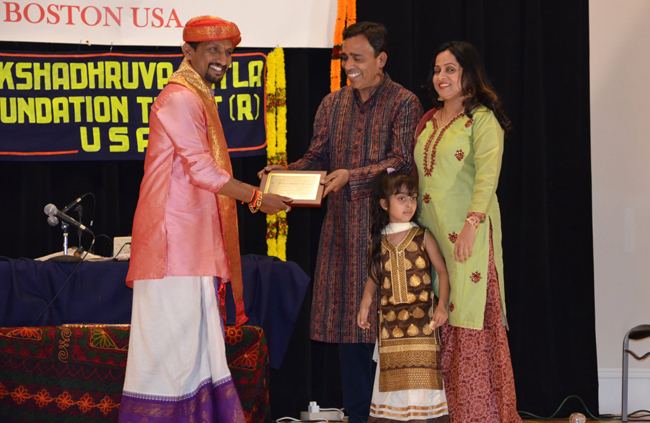 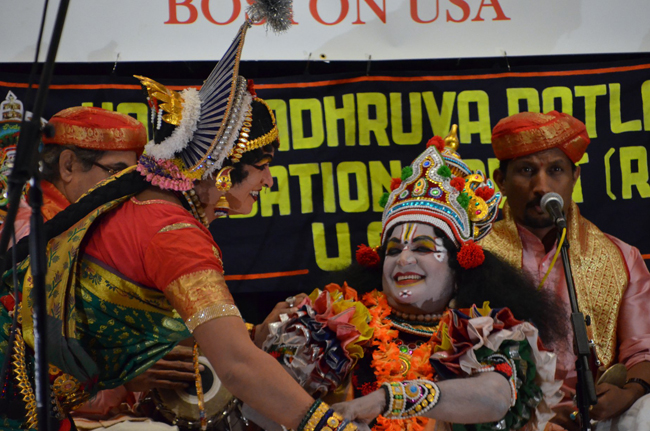 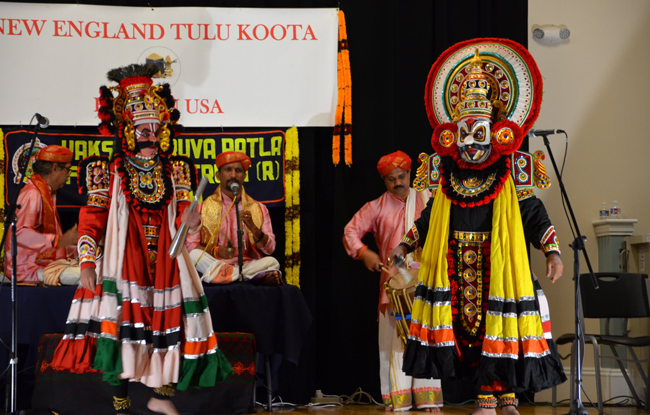 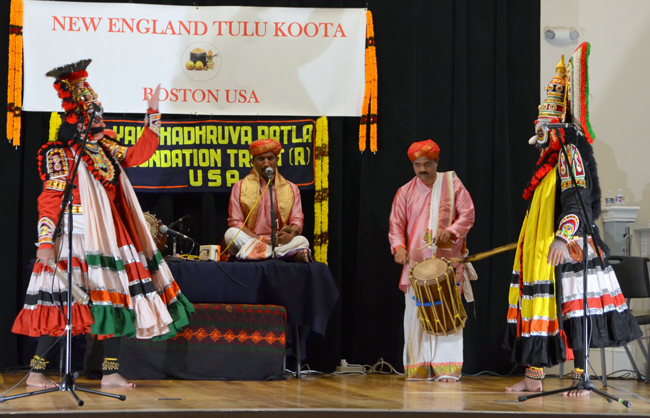