Mangaluru, Jun 19: The dead bodies of an elderly couple were found in charred and decomposed condition at their residence in Chembugudde near Thokkottu on the outskirts of the city on Wednesday. 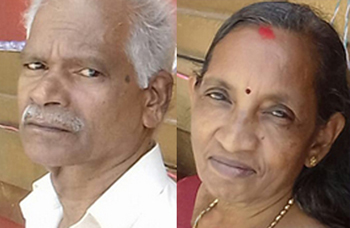 It is suspected that the duo may have committed suicide by setting themselves ablaze three days ago.

The victims have been identified as Padmanabha, 78, and his wife Vimala, 65, who were residents of Chembugudde. The couple have two sons and a daughter, who stayed separately from them.

The victim Vimala was discharged from hospital a month back and was at home. On Tuesday, the victim’s daughter, who stays in Kalladka, tried calling her parents, but the calls went unanswered. Sensing something amiss, she along with her husband, rushed to the victims’ home, and found that they had allegedly committed suicide.

Police said the victims’ neighbours were not aware about the suicide as their houses are not situated near each other.

The Ullal police, who arrived at the spot, conducted the mahajar, and concluded that it was a suicide. The bodies have been sent for postmortem. The reason for them taking the extreme step is not known, and the police suspect that age-related or family issues may have driven them to end their lives. A case has been registered in this regard.