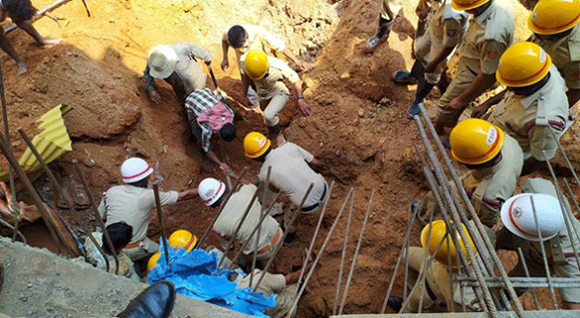 Mangaluru, Feb 28: Two labourers lost their lives as they were buried alive in a landslip at Karangalpady Junction near Bunts Hostel in the city today.

The deceased have been identified as Mohammad Masood (20) from West Bengal and Bhimappa (25) from Bagalkote.

Local police and fire fighters are carrying out rescue operation. 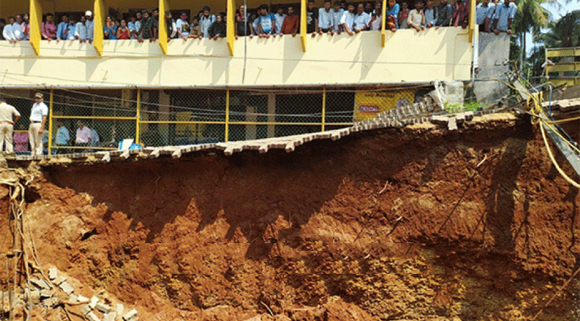