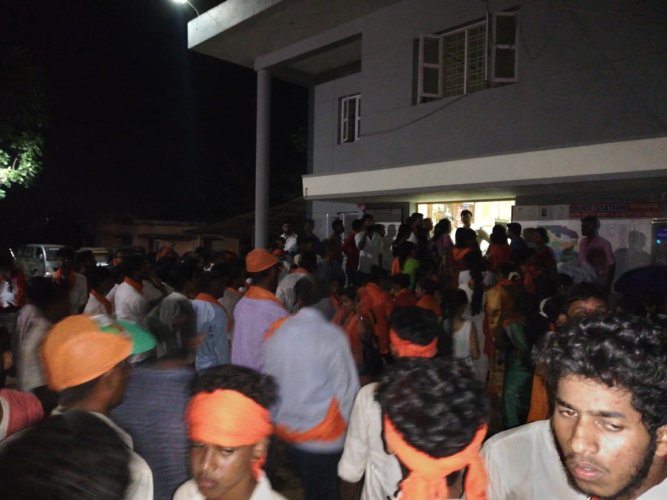 Mangaluru, Apr 14: A minor accident at Kuthar on the outskirts of the city led to a group clash thanks the involvement of BJP activists who were returning in a bus after attending the rally of PM Narendra Modi at Nehru Maidan in the heart of the city last night.

According to sources, an altercation broke out after collision between a car and a motorbike at Madani Nagar in Kuthar. Meanwhile, BJP workers returning from Nehru Maidan stopped their bus to support one of the two groups. Meanwhile, unidentified miscreants pelted stones at the bus.

Some of those who injured in the clash have been identified as Ajmal, a resident of Madani Nagar, Sujan and Nahush, both residents of Kumpala.

Following this, a large number of BJP workers staged a protest outside Konaje police station. The police have assured all the protesters gathered at the station that strong action will be taken against the accused.

The police commissioner said that an FIR has been registered. “We have taken the incident seriously. So far seven persons have been arrested by the police. We will arrest other accused soon,” he said.