Hassan, May 14: A day after a 26-year-old married woman allegedly committed suicide by overdosing on unidentified tablets, the victim’s father on Monday accused her husband of driving her to take an extreme step. 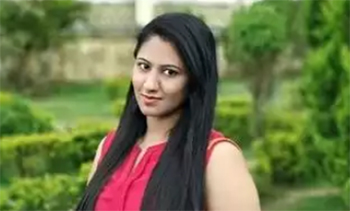 MK Ashwini, 26, married her then boyfriend Adithya, a resident of Shankaripuram in Hassan district, three years ago. The couple tied the knot at the sub-registrar’s office. Things turned sour in their marital life once Adithya, a businessman, incurred massive losses. He allegedly started to harass Ashwini, demanding a dowry. Ashwini’s father Krishna Kumar alleged that Adithya’s constant demand for dowry forced her to take her life. In his complaint, Kumar alleged that her daughter had admitted to being under mental duress at her in-laws’ house, following which he had paid her a visit. “On Sunday, I received a call from Ashwini’s husband informing me that she was dead,” Kumar’s complaint read.

An FIR has been registered in connection with the case at Hassan Extension Police Station, and a team has been formed to nab Adithya, and members of his family.

Woman with tattoo on her arm found dead at coffee plantation

A 25-year-old woman was found dead under mysterious circumstances on Monday at a coffee plantation in Hullahalli village within Sakleshpur town police station limits. Sakleshpur police suspect that the as yet unidentified woman to have been strangled to death by her assailants.

“Ligature marks around her neck suggest she could have been strangled to death,” police said.

The woman’s body was found underneath a jackfruit tree on a plantation owned by Ganesh. Cops added that they had discovered lacerations on the victim’s body, besides scratches on her arms. Also, the name ‘Jesuraj’ was found tattooed on her right arm. The tattoo, cops hope, might help identify the victim. Police suspect that the woman might have been killed late on Sunday night, and the assailants must have left her body in the plantation.

An FIR has been filed in Sakleshpur based on a complaint filed by Kyanahalli resident Vasudev.