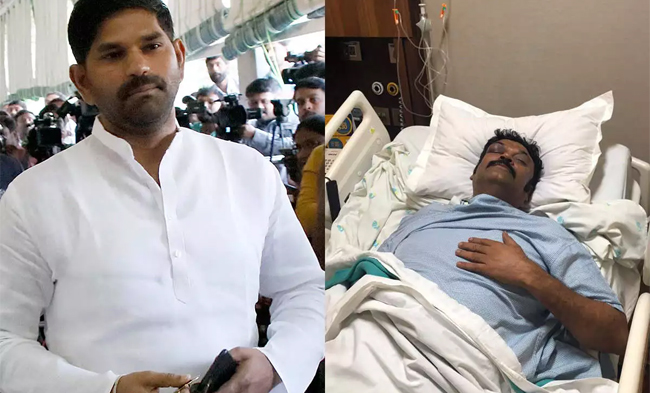 Bengaluru, Apr 24: Karnataka High Court today granted conditional bail to Kampli Congress MLA J N Ganesh who was accused of allegedly attacking his fellow party MLA Ananda Singh in a resort in the city, after he spent over 90 days in judicial custody.

After the incident Ganesh went missing for nearly one month and was arrested from a hotel in Ahmadabad in Gujarat by the State police and procured before a court here on February 20. He was in judicial custody since then.