MLAs should not be forced to attend House on July 18, says SC

New Delhi, Jul 17: Amid the ongoing political imbroglio in Karnataka, the Supreme Court on Wednesday declined to fix any deadline for the Assembly Speaker to decide upon the resignations of 15 rebel MLAs who put the ruling JDS-Congress government on brink of collapse. 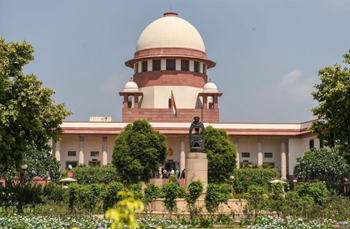 A three-judge bench presided over by Chief Justice Ranjan Gogoi said the discretion granted to the Assembly Speaker under the Constitution to exercise his power must not be interfered with for the time being.

"The discretion to the Speaker must not be fettered with," the bench said.

At the same time, the court said the MLAs "ought not to be compelled" to attend the House proceedings pending the decision on their resignations. They should be allowed to "opt out".

The court said it was passing the interim orders in view of the facts and circumstances of the matter and to ensure "Constitutional balance" and "competing rights".

The bench, also comprising Justices Deepak Gupta and Aniruddha Bose, refused to set the "time frame" for Speaker K R Ramesh Kumar to take a decision on the resignations, also noticing that the trust motion is already scheduled to take place on July 18.

Notably, the Speaker had on Tuesday urged the court not to pass any order and instead proposed to decide upon the resignations by Wednesday itself.

The court, in its orders, also took into consideration of the rebel MLAs plea to allow them not to participate in the House proceedings on Thursday.

The court said the Speaker should be permitted to exercise his power under Article 190 of the Constitution and Rule 202 of the Rule of the Procedure and Conduct of Business of the Karnataka Legislative Assembly.

The court said it was not answering legal questions at the moment. It said as and when the orders were passed by the Speaker, the same should be placed before it for proceeding further in the matter.

The court passed its orders on a writ petition filed by disenchanted MLAs led by Pratap Gouda Patil and nine others. Five others have subsequently joined them in the court to seek a direction to the Speaker to decide upon their resignations.

The rebel MLAs, holed up in a Mumbai hotel, faced threat of being disqualified, which may disable them to join immediately an alternative government, if formed, leaving them with a choice to get re-elected and be a part of such a dispensation.

MLAs should not be forced to attend House on July 18, says SC