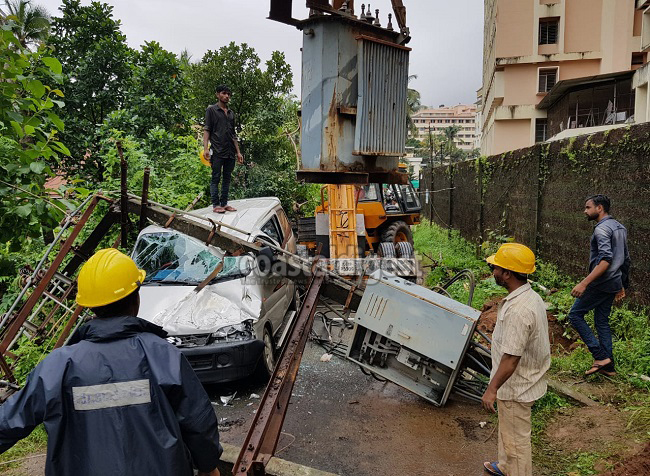 Bhatkal in Uttara Kannada district received the highest rainfall of 23 cms during the last 24 hours while temple town of Kollur in Udupi district also received torrential rains measured at 21 cms.

The district administrations of Dakshina Kannada and Udupi have declared holiday for schools and colleges on Tuesday, July 23 as part of precautionary measures.

There were dozens of incidents of rain damage in the region. Also landslips and wind brought down many trees and electric poles in last 24 hours.

Today an electric pole with transformer fell on a parked car in Mangaluru. Officials, however, said they still don’t have a count of damaged electric poles as they were busy with clearing operations and restoring power supply to affected areas.