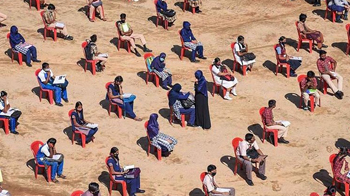 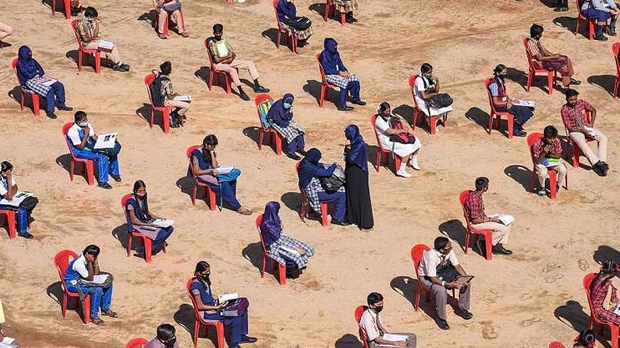 Bengaluru, Jul 2: As many as 3,363 students from Covid-19 containment zones have appeared for SSLC examinations in different parts of Karnataka till yesterday. On the first day of exam, i.e., on June 25, only 998 students these zones had written the exam.

In the past few days the number of containment zones has increased across the state in general and Bengaluru in particular. In all, 32 students could not appear for the exam as they turned positive.

While on June 25, the number of students who were found unwell during the check up at exam centre was 201, it was 613 on Wednesday. Students who are sick and those from the containment zones take the exam in a different room.

Five students in Yadgir district were given question papers based on the old syllabus for maths exam on June 27. Their answerscripts will be evaluated separately and action will be taken against the officials.

Malpractices assisted by schools by switching off CCTV cameras were reported in Ballari and Koppal. “We’ve completed all the core subjects. Now only languages are left. We’ll complete them too in a safe environment,” said S Suresh Kumar, primary and secondary education minister.