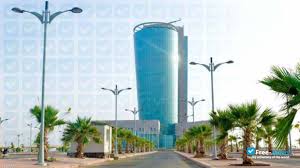 Newsroom, May 22: Countless netizens including Indians have hailed the action taken by Jazan University of Kingdom of Saudi Arabia against a high-ranking Indian expatriate who had posted called Indian Muslims as radicals.

Social media platforms such as Twitter and Facebook flooded with appreciation after the University announced on Twitter that the professor, who had posted objectionable messsages, had been fired. The university, however, did not disclose the name of the professor.

On its Twitter account, Jazan University wrote, “Based on what was monitored by the university about the publication of a contracted faculty member for offensive posts and tweets, his registration has already been folded. #JazanUniversity affirms that it resolutely addresses any perverted or extremist ideas that affect the constants or violate the directions of good leadership.”

After the university’s announcement, many on Twitter posted screenshots of the communal tweets claiming that the professor is Neeraj Bedi and made it clear that the dismissed professor is an Indian.

Bedi has been working as full time Professor in Faculty of Public Health and Tropical Medicine in Jazan University for years.

In his Twitter account, which does not currently exist, he was praising PM Modi and spewing poison against Islam and holding Muslims responsible for the spread of Coronavirus. It is believed that the account was deleted after the protests became severe.