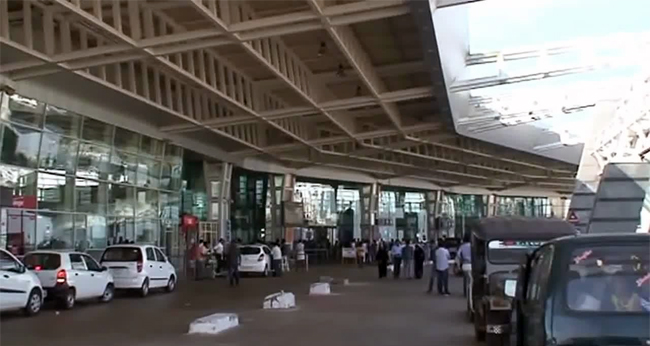 Mangaluru, Jan 21: Operations at Mangaluru International Airport (MIA) are normal, a day after security agencies detonated a bomb recovered from the airport in a controlled explosion, an official said on Tuesday.

"All operations are normal at Mangluru International Airport. Everything is normal," told the airport director V.V. Rao to IANS.

Rao said even on Monday, there was no interruption to the airport operations, except for that one recalled IndiGo flight to Bengaluru.

"As the explosive was isolated and taken away from the airport, there was no disturbance to flights, except one Bengaluru-bound IndiGo flight which suffered a few hours delay and took off later," said Rao.

Meanwhile, security has been tightened at the airport.

Mangluru north assistant commissioner of police Belliappa told media that the police are still on the hunt for the culprits who planted the bomb at the airport.

"We are trying to trace the culprits, we got the footage of the suspects," said Belliappa, highlighting that the police are yet to find the name, age and other details of the suspects.

At Bengaluru's Kempegowda International Airport (KIA), the number of police personnel has been increased in a bid to tighten the security and 24 hour searching of vehicles is underway.

"We have set up two check posts on the way to the airport and randomly checking vehicles," told Devanahalli assistant commissioner of police Subramanya to media.

All Karnataka airports, including Hubballi and Belagavi, are on high alert.