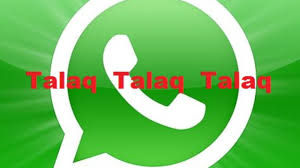 Kasaragod, Sept 10: The police here have registered a first information report (FIR) against a non-resident Indian under the Muslim Women (Protection of Rights on Marriage) Act, 2019, after he allegedly divorced his wife by sending a ‘triple talaq’ via voice message through WhatsApp.

The Vidya Nagar police station in Kasaragod registered the case against the person, identified as B.M. Ashraf, resident of Kudlu village in the district, on the night of September 8, based on the complaint filed by his wife, the police said.

Ashraf had sent the triple talaq message to the WhatsApp account of her brother on March 15, the complaint said.

The police said that the case had been registered under Section 4 read with Section 3 of the Muslim Women Act.

The complainant reached the police station to lodge the complaint. She is a resident of Pulikur in Madhur grama panchayat here.

They had married 12 years ago and they have two children. According to the complaint, her parents had given Ashraf Rs 2.5 lakh and 160 grams of gold ornaments.

It said that she had been tortured by him and he had been demanding more money. She had filed a complaint against him on March 23 under the Protection of Women from Domestic Violence Act.

He had arrived here last month and married another woman, the police said. He is now in the United Arab Emirates.