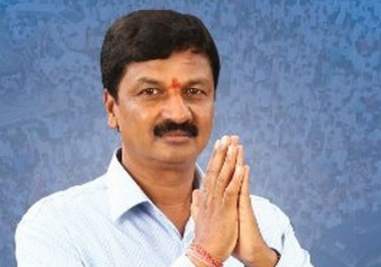 Chamrajnagar, May 30: Karnataka Cabinet Minister Ramesh Jarakiholi said on Friday that over22 Congress MLAs were in touch with him and he can bring five of them.

"More than 22 Congress MLAs are in contact with me and if the high commands wants, I can bring five of them tomorrow," Jarakiholi told reporters.

Replying on speculation that some MLAs in BJP are not happy and want to join the Congress, he said, "Congress is a sinking boat and nobody wants to go to Congress now."

Meanwhile, sources in BJP have said that some party leaders are not happy including Basangouda Ramangouda Patil Yatnal.

Basvanagowda Patil said earlier this week that "BS Yediyurappa is not his CM, he is the CM of Karnataka. My leaders are Narendra Modi and JP Nadda."

The sources also said that other close aides of Yeddyurappa like Umesh Katti and Murugesh Nirani are no longer happy with him as they are yet to be included in the state cabinet.

The sources said Nirani has stood with Yeddyurappa but has not been included in the cabinet. There is speculation that several MLAs are in touch with Nirani.