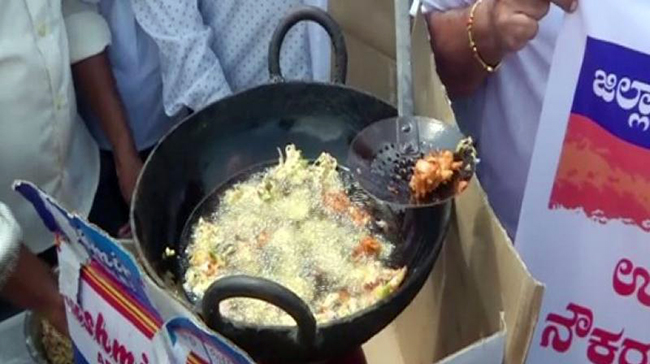 Shivamogga, Oct 20: The Congress party leaders and workers here on Saturday staged a 'pakoda protest' against the alleged failure of BJP-led state and Central governments.

Congress leaders made 'pakodas' and served them to the people at Shivappa Nayaka circle against rising unemployment and economic slowdown in the country.

They also raised slogans against the state and the Centre, alleging that the prevailing economic situation was resulting in job loss and poverty.

During the protest, they also displayed play cards, which read -- 'Bad economy leads to poverty,' 'Seven crore employees' life at risk after slowdown' and 'BJP failed to tackle flood aftermath.'