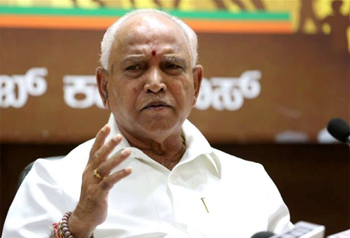 The development comes in the wake of Gujarat Chief Minister Vijay Rupani announced a cut in penalties for traffic violations by almost 50% in the state. Both Karnataka and Gujarat are currently ruled by BJP and both states are infamous for unmotorable roads.

During a review meeting, Yediyurappa asked the Transport department to look into what Gujarat had done on reducing the fine amounts. “Citizens are facing inconvenience due to the hefty fine amounts,” Yediyurappa told officials, according to a release from the chief minister’s office.

Citizens have been frowning upon the hefty fines, with some arguing that the government should provide good road infrastructure first.

Yediyurappa’s diktat comes a day after Deputy Chief Minister Laxman Savadi, who is in charge of the Transport Department, said there was no proposal before the government to reduce the fine amounts. But soon after the meeting with the CM, Savadi told reporters that the fines will be reduced in line with what Gujarat has done.

The Motor Vehicles (Amendment) Bill 2019 was passed by the Parliament in July, and the steep fines for traffic rules violations came into effect from September 1. Karnataka notified the new fines on September 3.

Fines for offences have gone up ten times. For example, those caught engaged in racing without permission have to pay Rs 5,000 for the first offence and Rs 10,000 subsequently, riding without a helmet will cost Rs 1,000, use of horns in silent zones will attract Rs 1,000 and drunken driving will be penalized with Rs 10,000 fine.