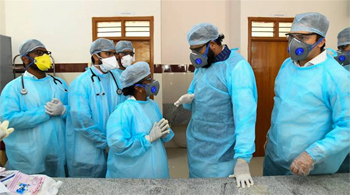 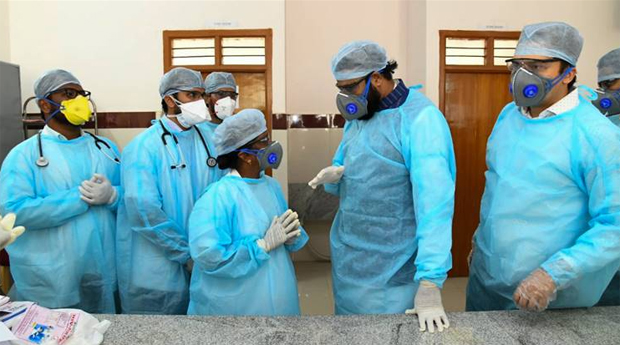 Addressing the silver jubilee celebrations of the Rajiv Gandhi University of Health Sciences (RGUHS) via a digital platform, he spoke about the Karnataka government's efforts.

He appreciated the work of front-line warriors who are fighting every day in the war against COVID-19 and stressed the need to respect them.

"Doctors and other medical workers are soldiers without wearing the uniform of soldiers. Any kind of attack or violence against them is not acceptable," said Modi.

"There are incidents of violence against the front-line warriors. Any kind of abuse, violence or rude behaviour is not acceptable. The world is looking at doctors and medical staff with gratitude," he said.

"This is the biggest crisis since the two World Wars," the prime minister said. "Pre- and post-COVID-19, the world will be different. The discussions now at a global level are humanity-centric."

Stressing the importance of medical infrastructure, the prime minister spoke about the decision taken by the Union Government to set up a medical college in every district.

"A nation like ours has to have the medical infrastructure and medical education. Now, every district is going to have a medical college," he said.

However, the PM remained silent on salaries of front-line warriors. The Karnataka government has so far not released the salaries of doctors, nurses and lab technicians hired under National Health Mission.