Premiere of Beary film ‘Triple Talaq’ in England on Dec 8 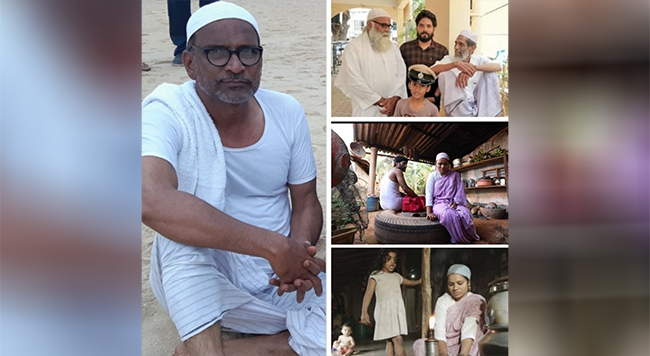 Udupi, Dec 2: Bearywood’s new film with a sensational title, ‘Triple Talaq’, directed by Yakub Khader Gulvadi, is all set to release soon. The premiere of the movie will be held at Scott Cinemas in Bristol, United Kingdom, on December 8.

After the premiere, an interaction programme will be held with the audience, according to Mr Gulvadi.

Navya Poojary and Azhar Sha are playing lead role in the film. Umar U H, Roopa Varkady, Ravi Kiran Murdeshwar, Baby Fahima and Master Fahad also have acted in the movie among others.

Based on a fresh story written by Kannada writer by Sara Aboobacker, and produced by Gulvadi and Narayana Suvarna under the banner of Gulvadi Talkies, the film will have English subtitles.

Shot in Kundapur, Gulvadi, Kodi and surrounding areas in coastal Karnataka, the 90 minutes film deals with the issue of triple talaq and the Supreme Court judgement on it. It aims to expose the wrong notions on talaq among general public and what Quran tells on talaq.

The movie is expected to be released across Karnataka in mid-January. It will be released in multiplexes in Mangaluru, Udupi, Chikkamagaluru, Mysuru, Hassan and Bengaluru.

Premiere of Beary film ‘Triple Talaq’ in England on Dec 8