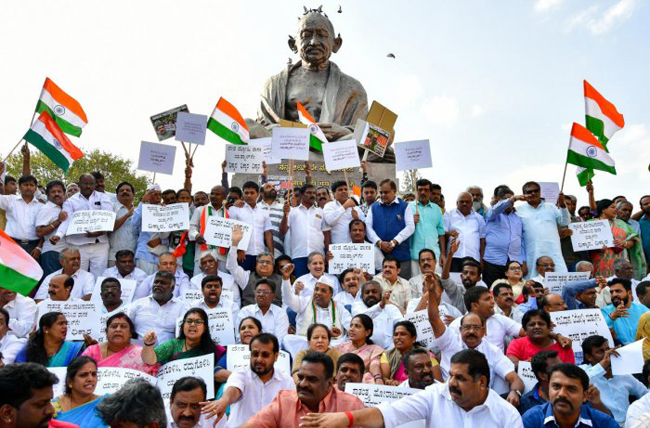 Yathnal on Tuesday called Doreswamy a fake freedom fighter and a Pakistani agent, while addressing the media.

His comments triggered a controversy drawing sharp remarks from Congress and other parties.

Congress has demanded an apology from Yathnal and has also urged that his Assembly membership be cancelled.

Siddaramaiah asserted that making "provocative" comments against such a freedom fighter is obnoxious.

Former KPCC president Dr G Parameshwar said: "Yathnal is a criminal who had mentioned in his election affidavit that he had 27 cases against him. He has made such loose comments against the freedom fighter. He should apologise for his remarks."