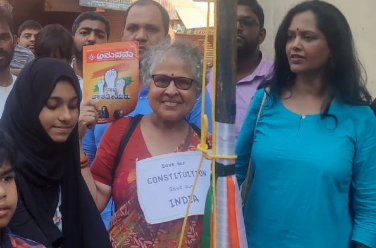 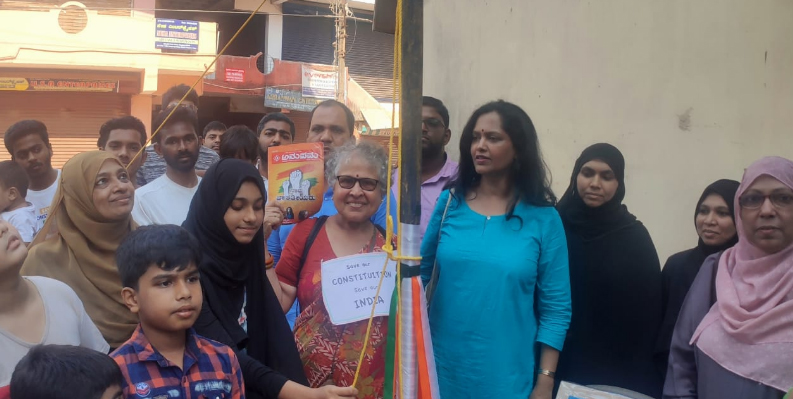 Mangaluru, Jan 26: The Azizuddin Road of Mangaluru’s Bunder area, which had witnessed the brutal killing of two innocent passersby over a month ago, today witnessed the unfurling of Indian national flag by the kin of the police firing victim.

49-year-old Abdul Jaleel Kandak, a father of two, and 23-year-old Nausheen Kudroli, were killed in an arbitrary and unwarranted police firing during a disturbance occurred due to police baton charge in the city on December 2019.

A mixed feeling of patriotism and pain prevailed when a group of people gathered on the police firing spot to celebrate the 71st Republic Day of India. Family members of the victims were part of it.

It was Shifani, the daughter of Abdul Jaleel, who unfurled the flag and read out the preamble of the Indian constitution.

“This is the spot where the constitution of the country was murdered,” said social activist Vidya Dinker, recalling the police firing. “The constitution is being murdered everyday in many states of India. We must regain the constitution and implement it everyday,” she added.