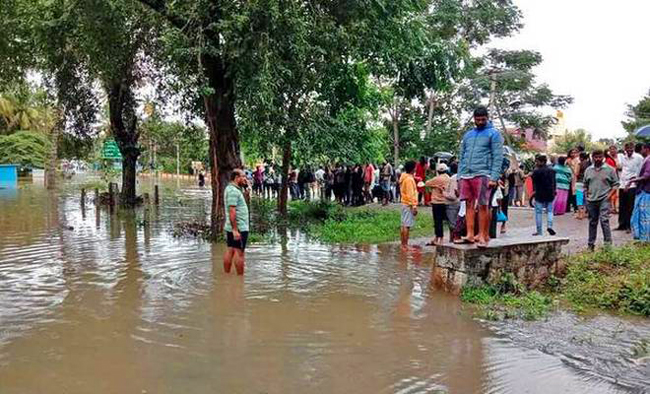 Madikeri, Aug 24: As rainfall under the influence of South West Monsoon has receded in the Kodagu district, all Relief Centers, barring four in Virajpet Taluk, have been closed.

The four Centres have housed 187 people of 37 families. Virajpet Taluk was one of the worst affected in the district this year.

With death toll in the recent rain and flood havoc has gone up to 14 so far with one more decomposed body was found at Hosahalli village in Somvarpet Taluk. The body has been identified as Appu who had gone for work was reported as missing since last 15 days. Somvarpet police visited the spot and after postmortem handed over the body to the family members yesterday.

Still, four people missing in Thyora village and they are feared have been buried alive after Ladnslips on August 9. The district administration said that 4148 people who had been affected by rains this year will be getting Rs 10,000 towards the loss of clothes and household articles.

Besides, a food kit, the cheque for Rs 10,000 were being distributed and the process will be completed on Saturday.