Bengaluru, Jan 21: Karnataka Chief Minister's political adviser MP Renukacharya has courted controversy yet again with his remarks targeting the Muslim community at a pro-CAA rally in Karnataka on Monday. 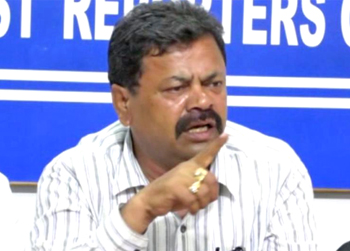 Addressing a rally in support of the new citizenship law, the BJP lawmaker accused Muslims of collecting weapons in mosques instead of praying. "There are few traitors who sit in a masjid and write fatwas. They collect weapons inside the mosque instead of praying. Is this why you want a Masjid," Renukacharya said on Monday.

This is not the first time a Karnataka BJP leader has made communal remarks targeting the minority community. Earlier, BJP MLA Somashekar Reddy had made controversial remarks at a pro-citizenship law protest in Ballari when he asked those opposing the Citizenship (Amendment) Act to think of the "consequences" if the majority community members hit the streets against them.

Following outrage, a case was filed against Somashekar Reddy for alleged provocative speech targeting those protesting against the amended citizenship law.

Hatred has no space in this world!!! these cheap politicians must show thier ways by the electing public .else conflicts never end .....Spread Peace..