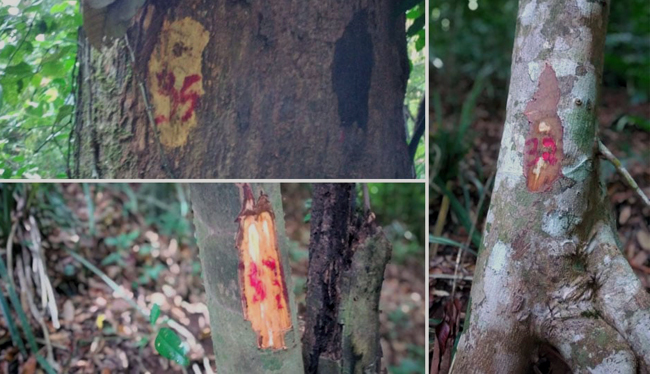 Madikeri, May 30: Environmentalists have opposed the Karnataka Forest Department and the Public Works Department’s move to erect concrete pillars and marking of trees to construct a proposed road from Patti to Todikana within the Talacauvery Wildlife Sanctuary near Talacauvery in Kodagu District.

They have urged for immediate stopping of road works in a protected area.

In a letter to Conservator of Forests, Mysuru Circle, T Heeralal and DCF (Territorial and In-charge Wildlife) S Prabhakaran, the Trustees of Wildlife First K M Chinnappa and A A Poovaiah have termed the road works illegal and violates Supreme Court order on National Parks and Wildlife Sanctuaries.

The letter’s copy has also been sent to Principal Chief Conservator of Forests (Head of Forest Force), and Kodagu Deputy Commissioner urging them to halt the progress of the road works. “Patti and Todikana are at the core of the Talacauvery Wildlife Sanctuary and such unilateral activities without complete approval on completion of the statutorily mandated procedure (both under Forest Conservation Act and Wild Life Protection Act),” the letter stated.

The letter added that they would be forced to move the Courts and the officers who have given approval to the project would face legal consequences.