Mysuru, May 15: Rashtriya Swayamsevak Sangh convener Kalladka Prabhakar Bhat has claimed that there will be no interference or suggestions in selecting State BJP President by the RSS. 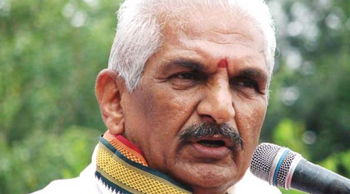 Speaking to newsmen here on Wednesday, he further clarified that there was no role of RSS for change of BJP Karnataka President and no one from the Sangh nominated. Central BJP leadership will look after the matter.

Referring to coalition government in the State, Bhat alleged that due to infighting among coalition partners Congress-JDS leaders there is no government at present and at any movement after May 23 Lok Sabha poll results it will collapse.

When asked about sidelining veteran party leaders including L K Advani and Murali Manohar Joshi by Prime Minister Narendra Modi, he said it was creation of the media only and Modi is facing the 2019 General Election under their guidance besides no senior leaders of the party has made such statements.