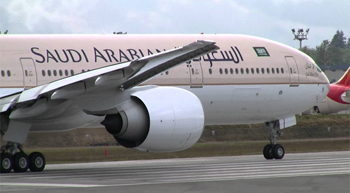 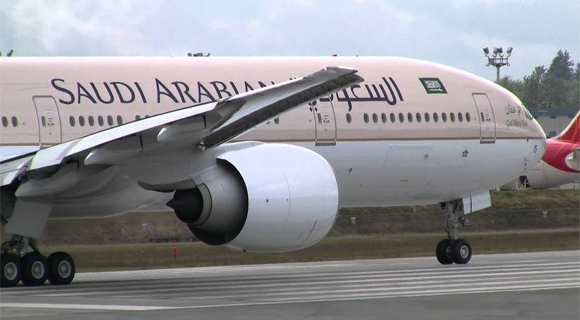 Bengaluru, Dec 1: A Boeing 737 Dreamliner, Saudi Arabian airlines flight made an emergency landing at the Kempegowda International Airport (KIA) here on Sunday morning. Although all the passengers were safe, the airport operations were affected for about 45 minutes.

The flight, on its way from Kuala Lumpur to Medina over the Indian airspace, developed problems and immediately requested permission to make the emergency landing from the KIA Air Traffic Control (ATC). The aircraft landed at 9.08 am, a Bangalore International Airport Limited (BIAL) spokesperson said.

Although BIAL maintained it was a ‘technical issue,’ airport sources said one of the engines of the aircraft had failed. A full-scale emergency at the airport meant a posse of fire-fighting machines, vehicles, ambulances and ‘FollowMe’ vehicles were on the tarmac near the runway minutes before the aircraft touched down.

KIA was reportedly chosen due to the unavailability of remote wide-body bays at the Chennai airport. Immediately on landing, all the estimated 250-280 passengers and crew alighted and were taken to the terminal. They were to be flown to Medina after the arrival of another Saudi Arabian flight from Kuala Lumpur later in the day.

Once the passengers were evacuated, the aircraft was towed from the taxiway to the bay by the ‘FollowMe’ vehicle, followed by a fleet of Aircraft Rescue and Fire Fighting (ARFF) vehicles. Sources told DH that the Boeing 737 Dreamliner will be at the airport until further investigations, repair and maintenance work are completed.

The ground staff at the airport was alerted about the emergency landing at about 9 am. All arrivals and departures were halted for about 45 minutes, triggering congestion in the air. Flight schedules were also affected, although BIAL said the disruption was brief. However, sources confirmed that there were cascading effects on other flights.

On November 11, a GoAir flight with 180 passengers on board had veered off the runway onto the unpaved area while undertaking a last-minute go-around at the airport. The Airbus A320 Neo aircraft landed safely in Hyderabad, but the Director General of Civil Aviation (DGCA) placed the pilot and crew under suspension. The aircraft had moved about 200m over the grass at the airport.

Disruptions of other flights due to such emergencies could subside once the second runway becomes operational in the first week of December. BIAL had scheduled to commence flight operations from the new runway on December 5. Trials are currently underway.