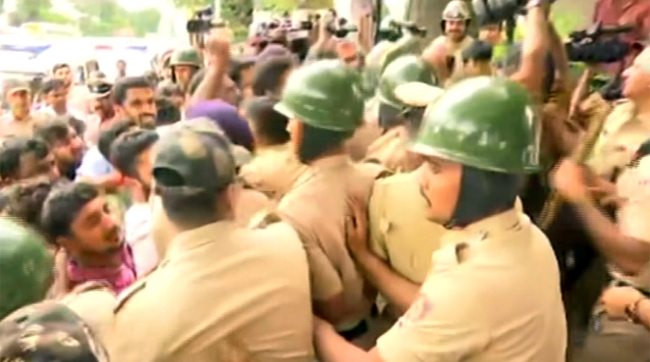 Bengaluru, Jul 23:  Section 144 has been imposed in Bengaluru for the next two days after clashes took place between Congress and BJP workers here on Tuesday outside an apartment on Race Course Road in the city where two independent MLAs were allegedly lodged in the building.

The agitating workers were taken away by the police later.

"Today and tomorrow we are imposing Section 144 across the city. All pubs, wine shops will be closed till 25th July. If anyone is found violating these rules, they will be punished," Bengaluru Police Commissioner Alok Kumar Kumar said.

The development came even as the BJP and Congress-JDS coalition is engaged in a heated debate over the trust vote in the state Assembly.