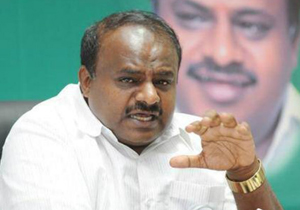 Bengaluru, Jun 17: Two-time Congress MLA K Sudhakar said on Sunday that senior ministers from his party, who enjoyed power under the previous Siddaramaiah regime, should pave the way for meritorious young MLAs in the Cabinet to help resolve the political crisis in Karnataka. His remarks come barely 48 hours after Chief Minister HD Kumaraswamy expanded the 13-month old JDS-Congress ministry.

“A few leaders, who were ministers before, remain ministers even now. They should voluntarily give up their positions, and make way for worthy youngsters. That will bring about some sort of political stability to the government,” he said.