Setting truck on fire during anti-CAA protest an attempt to trigger tension in Mangaluru? 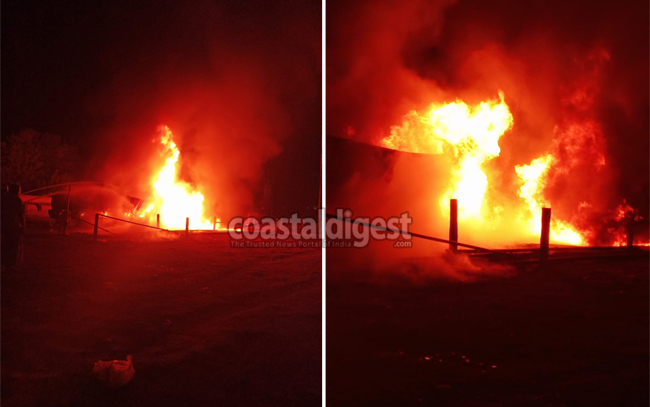 Mangaluru, Jan 13: A truck parked at the site of protest against the new citizenship law and National Register of Citizens (NRC) at Deralakatte on the outskirts of the city was charred down to ashes after it was set on fire by miscreants, police said here on Monday.

Police said that Deralakatte Citizenship Protection Committee had organised a protest rally against the Citizenship Amendment Act (CAA) here on Sunday. After the rally concluded, a few unidentified miscreants set the vehicle on fire.

The incident resulted in chaos, causing panic among the locals who informed the police immediately.

Condemning the incident, the local unit of Popular Front of India has claimed that the incident was an attempt by saffronist goons to disrupt peace and trigger communal riot in the region. It has urged the police to nab the accused immediately without yielding to any political pressure.

Setting truck on fire during anti-CAA protest an attempt to trigger tension in Mangaluru?