Bengaluru, Jan 15: The on-going process to select a new Karnataka Pradesh Congress Committee (KPCC) president is likely to drag on for few more days with former CM and opposition leader Siddaramaiah making a strong pitch for former minister MB Patil over DK Shivakumar for the post. 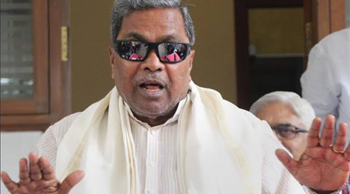 Siddaramaiah, who met AICC president Sonia Gandhi and other senior Congress leaders in New Delhi on Tuesday, reportedly argued in favour of Patil, saying his elevation would help the party win Lingayats to the fold.

“Yediyurappa, the undisputed leader of the Lingayat community, is almost at the end of his career and it is an opportunity for the Congress to gain the confidence of the community. Being a leader from North Karnataka, Patil fits the bill perfectly,” Siddaramaiah reportedly told Sonia.

Siddaramaiah is said to be backing Patil over Shivakumar as he is worried about losing his hold over the state unit, given Shivakumar’s popularity. While Sonia did give the former CM a patient hearing, she is said to have told him that he should obey and cooperate with whatever decision high command takes.

The high command is looking to evolve consensus on the new state president. “Sonia’s meeting with Siddaramaiah is part of this exercise. She wants to keep everybody in the loop,” said a functionary.

However, some including Mallikarjun Kharge and Shamanur Shivashankarappa have expressed reservations against Patil’s elevation, pointing to his role in the controversial separate Lingayat religion issue which dented the Congress’ prospects in the 2018 assembly polls.

“He has a very bad name among Lingayats and making him president would prove counter-productive. Moreover, it is difficult to win back Lingayats as long as Yediyurappa is active in politics,” said a senior Congress leader.

Another functionary said a majority of state functionaries — and even some in the high command — favour Shivakumar as he is not only “resourceful”, but also has momentum. “With HD Deve Gowda and HD Kumaraswamy losing popularity among Vokkaligas, the possibility of the community backing Shivakumar is high. This may land him the top job,” the functionary said.