Bengaluru, Sept 10: In a shocking incident, six children lost their lives as they drowned during a Ganesha idol immersion in Maradaghatta village of Karnataka's Kolar district today. 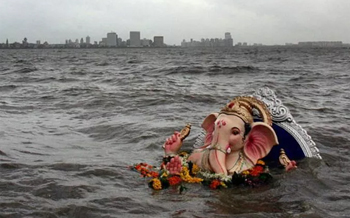 Four boys and two girls — all aged between 7 and 12 — drowned on Tuesday evening during an immersion. Three bodies have been recovered so far and brought to KGF Hospital.

The children hailed from Maradagatti village in Kolar Gold Fields (KGF) taluk of the district. The children were identified as Rakshitha, Tejaswi, Veena, Vyshnavi, Rohit and Dhanush.

However, Baithamangala police, under whose jurisdiction the taluk falls, said the children were out for a swim in Maradaghatta lake and had drowned.

Kolar Superintendent of Police Mohammed Sujitha is at the spot.