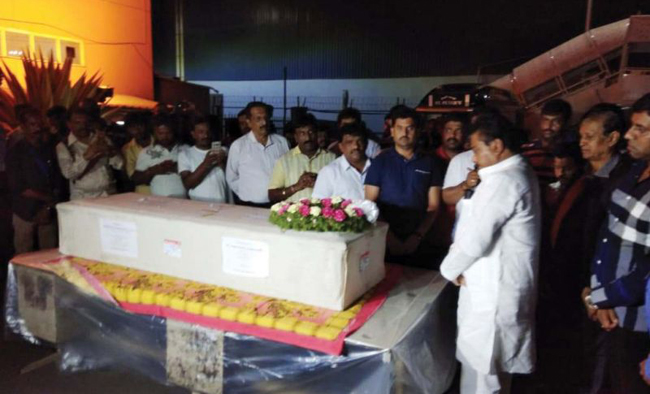 Bengaluru, Apr 24: The bodies of those killed in the serial bomb blast in Colombo, Sri Lanka, on April 21, brought by special flight at Kempegowda International Airport here, according to the Deputy Secretary State Protocol Vijay Mahantesh, who is also the Director of the State Hospitality Organisation.

The bodies of Ramesh, Adakamaranahalli Mare Gowda and Harokyatanahalli Puttaraju is expected to arrive any time today.