Those who don’t believe in Savarkar should be beaten in public: Shiv Sena chief 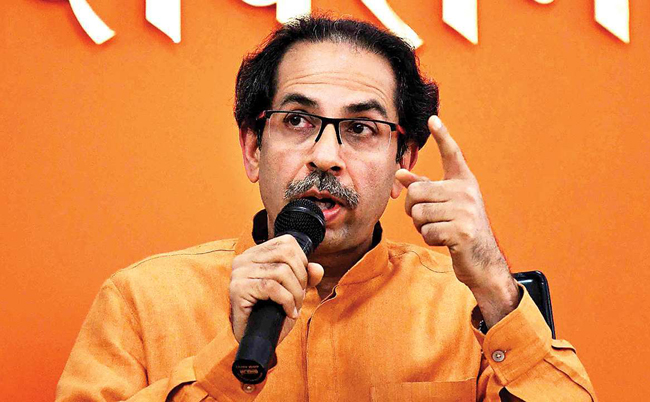 Mumbai, Aug 24: Shiv Sena President Uddhav Thackeray on Friday said that people who do not believe in the ideology of Veer Savarkar should be "beaten" in public.

"People who do not believe in Veer Savarkar should be beaten in public because they won't realise the struggle and importance of Veer Savarkar in India's independence. Even Rahul Gandhi has insulted Veer Savarkar in the past," he said at a press conference here.

Thackeray's remarks came after a bust of Savarkar was installed on Tuesday by the Akhil Bharatiya Vidyarthi Parishad (ABVP) outside the Art Faculty in North Campus of Delhi University, which was later allegedly blackened by the National Students' Union of India (NSUI).

Along with Savarkar's bust, the ABVP had installed statues of Netaji Subhas Chandra Bose and Bhagat Singh.

While confirming the incident, Delhi University Students' Union (DUSU) president Shakti Singh said on Wednesday that the body had been seeking permission to install their busts for a long time but the administration ignored the demand forcing them to take such a step.

The move was criticised by both NSUI and Left-backed All India Students Association (AISA).

Those who don’t believe in Savarkar should be beaten in public: Shiv Sena chief