Those who were close to my son when he was CM now being targeted by I-T: Deve Gowda 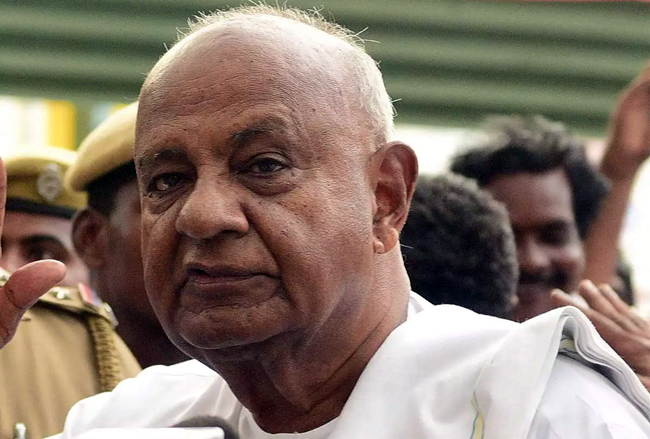 Benglauru, Oct 14: The recent I-T raids in the state on properties owned by Congress leaders raise questions about the intent of the raids, according to JD(S) supremo and former Prime Minister H D Deve Gowda.

“It appears that those who were close to the chief minister (H D Kumaraswamy) during the previous Congress-JD(S) coalition government are being targeted,” the senior leader told media persons here.

The Siddhartha Group of Institutions run by Parameshwara’s family has been brought under scanner by I-T officials for irregularities.
Expressing misgivings about the intent of it, Gowda also raised concerns about the functioning of medical institutions across the country.

“There are several medical colleges in the country. Of these, 80% are not running as per government regulations. By that logic, all these colleges will have to be shut down. I have my doubts about why these raids are being conducted. I am unable to say anything conclusively,” he said.

Those who were close to my son when he was CM now being targeted by I-T: Deve Gowda