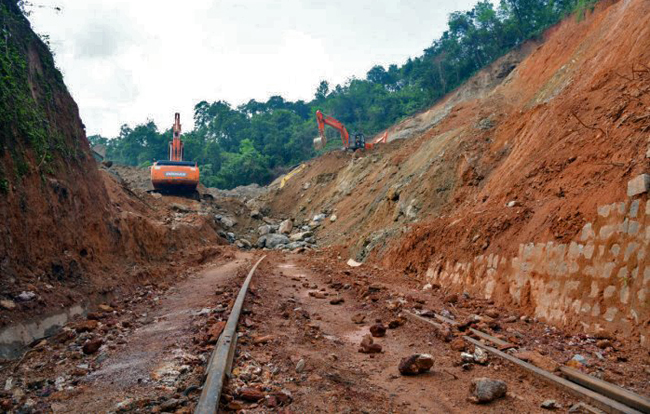 Traffic on this stretch was suspended due to heavy rains.

"The services on the section has been suspended due to landslips and soil erosion under rail track at several locations on the 55-kilometre stretch following record rainfall in the area early this month," a release by the South Western Railway stated.

"Senior Railway officials and a large section of the staff have worked day and night relentlessly in tough weather conditions to restore the track for the safe movement of passenger trains," it added.