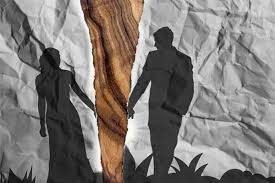 Udupi, Sept 9: A 27-year-old woman from Moodugopady village in Kundapur taluk of Udupi district has filed a police complaint under the Muslim Women (Protection of Rights on Marriage) Act, 2019, against her husband for allegedly pronouncing instant talaq by verbally uttering it thrice.

Acting on her complaint, the police arrested the accused at Kundapur in Udupi district on Monday.

Alfiya Akhthar stated in her complaint that she was married to Hanif Sayyad from Hiriyadka village on July 4 this year. As per talks held before the marriage, Hanif, his parents, Sayyad Abbas and Jaithunna, and his sister, Ayesha, had sought a dowry of Rs 5 lakh.

Alfiya’s parents had given Rs 2 lakh as dowry. But after the marriage, when she went to her husband’s house in Hiriyadka, the accused, Hanif told her that the dowry was not enough. He used abusive language against her and assaulted her at his home in Hiriyadka.

At 12.35 a.m. on August 15, Hanif verbally uttered ‘talaq’ three times to her. Then he, on the prompting of his relatives, left her at her parent’s house on August 17 and threatened to kill her if she returned to his home, Ms. Alfiya stated in her complaint.

The police said Ms. Alfiya had recorded her husband uttering triple talaq on her mobile phone. About a fortnight later, Hanif sent a notice to her stating that their marriage was over.

She and her relatives approached the police and lodged a complaint at Kundapur station around 6 p.m. on September 8.

Acting on the complaint, the police arrested Hanif and he was produced Hanif before the court, which remanded him in judicial custody for 15 days, the police said.