Udupi: Fire breaks out at vehicle showroom in Indrali 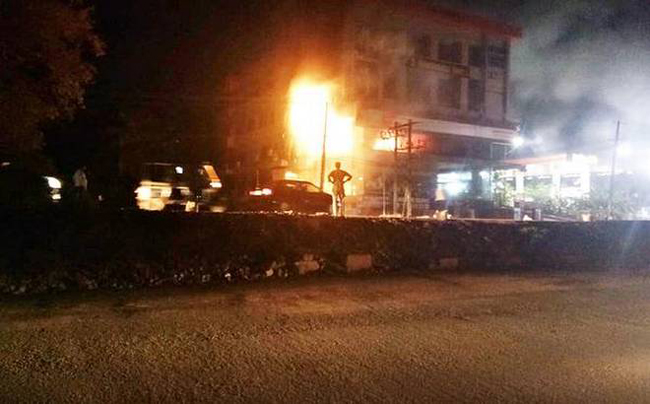 Udupi, Jun 23: A major fire erupted in a three-storeyed building housing a two-wheeler showroom and other shops next to a petrol bunk at Indrali on Udupi-Manipal Road here on Sunday night.

However, personnel from the District Fire and Emergency Services rushed to the spot and managed to bring the fire under control.

Three fire tenders were immediately rushed to the place and the fire was brought under control. The cause of the fire was not known.

Some two-wheelers and equipment and furniture in the building were damaged. But exact details are yet to be revealed, he said.

Udupi: Fire breaks out at vehicle showroom in Indrali