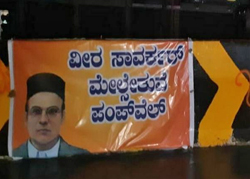 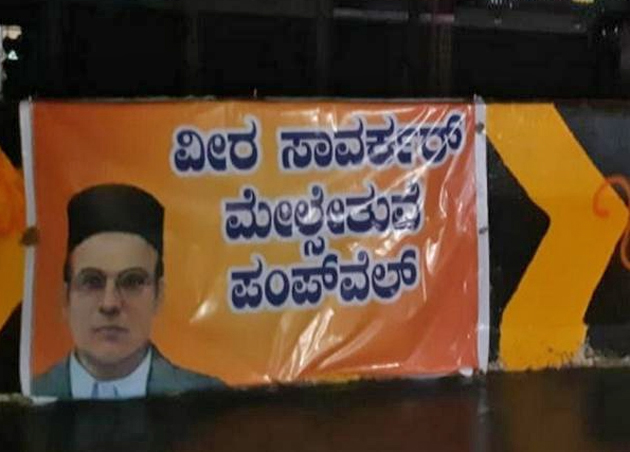 Mangaluru, Jun 3: A banner that read "Veer Savarkar Flyover Pumpwell" surfaced on the sidewall of the Pumpwell flyover in Mangaluru on Tuesday night.

It is suspected that activists of Bajrang Dal put up the controversial banner. Though it was removed later, it sparked debates on social media and photos of it went viral.

The development comes amid the controversy over the naming of a flyover at Yelahanka in Bengaluru after Savarkar.

A Hindutva ideologue, Savarkar has tendered apology to British imperialists and pledged to support them following his arrest during India’s freedom movement.