Vishwanath outburst against Siddaramaiah was words of HDK: Yeddyurappa 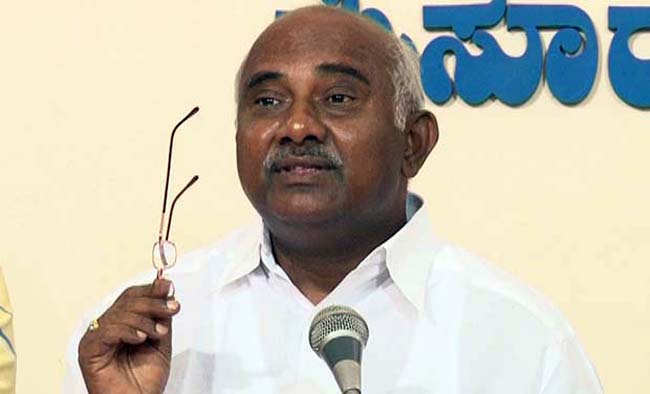 Kalaburagi, May 13: Opposition leader in the Karnataka Legislative Assembly B S Yeddyurappa, who is also the BJP State President, today said that JDS State President A H Vishwanath's outburst against former Chief Minister Siddaramaiah was not his own but that were words of Chief Minister H D Kumarswamy.

Addressing a press conference here on Monday, Yeddyurappa alleged that the misunderstanding among coalition partners Congress-JD S has further intensified now and it will lead to collapse of the government after May 23 when the result of General Election will be announced.

Yeddyurappa said that many Congress leaders have openly said that they want Siddaramaiah to be the Chief Minister again alleging that present Chief Minister H D Kumaraswamy is not reachable to them and he is not performing well. There is lot of resentment among the disgruntled ruling party Legislators they might take some drastic step soon.

Vishwanath outburst against Siddaramaiah was words of HDK: Yeddyurappa