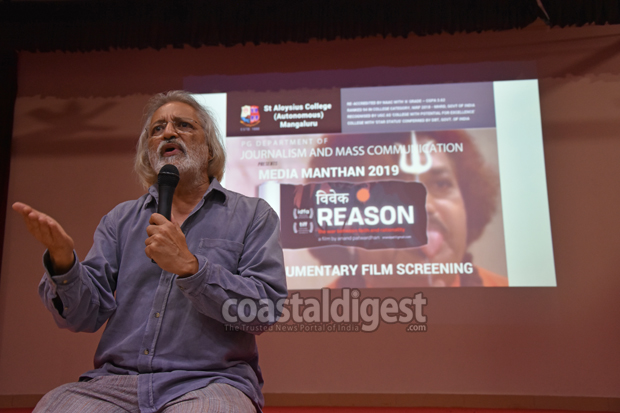 Mangaluru, Mar 11: Acclaimed documentary film maker Anand Patwardhan has said that more than the war on borders, it is the war within the country that needs to be fought fiercely.

He was speaking during an interactive session with the audience after the screening of his recent film ‘Vivek/Reason’ held as part of Media Manthan orgnaised by the department of Journalism and Mass Communication, St Aloysius College (Autonomous).

Mr Patwardhan said: “There is an undeclared emergency within the country that puts an end to all those who question the establishment. Rationalists, academicians, and editors who raise questions are all systematically silenced.”

Answering a question referring to the emergency, Mr Patwardhan noted that one could at least embarrass the governments in the past. But, one could not do so now, as the government was unapologetic about all its wrong moves and inaction.

The eight part film screening was attended to by students, activists, academicians and representatives from civil society groups who raised many questions about the developments in the country.

To a question about the electronic media and its complete surrender to the establishment, Mr Patwardhan opined that the media, especially the electronic media, was in the hands of the corporates and they were more than happy to toe the official line. “What exasperates the dynamics further, is that many politician too own the media and they are able to carry on the agenda or set the agenda in the newsrooms.”

As regards the challenges he faced making the film for four years, he said quite humorously that, “Making the film was less difficult than reaching it to the masses.” 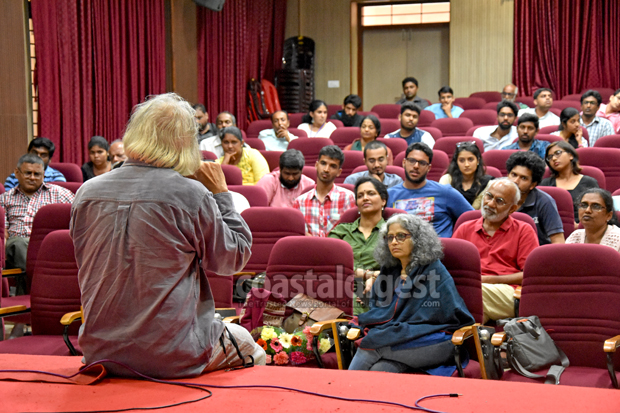 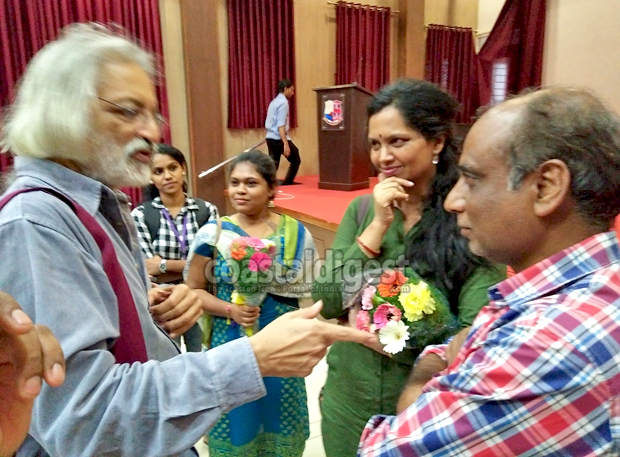 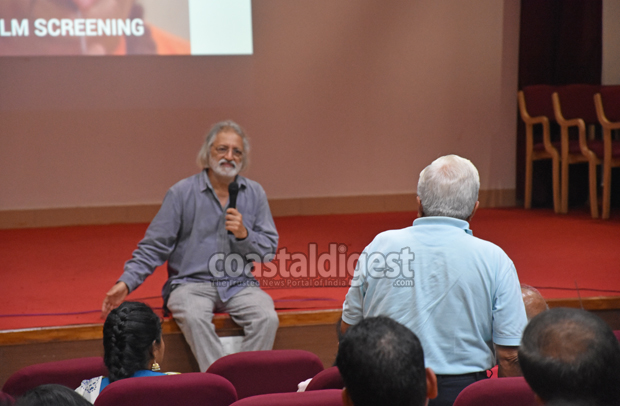 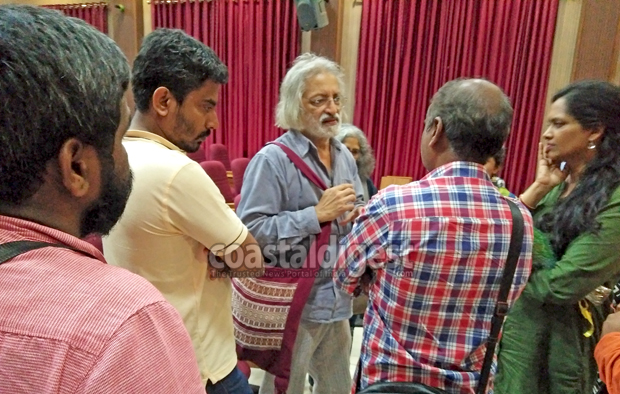