Water scarcity: Woman’s both ears chopped off in fight over drinking water

Kolar, May 16: In an incident which highlights the severity of water scarcity in parts of Karnataka, a woman lost her both ears following a fight with her neighbour over drinking water from a common tank in a remote village in Kolar district. 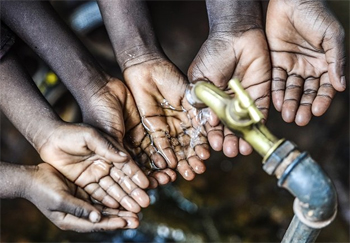 The victim Indrani, 40, a resident of Kadarigana Koppa in NG Hulkoor gram panchayat, was attacked by five persons — Yashodamma, Shashi, Basavarajappa, Santosh and Hosarayappa — when she was returning from her cattle shed on May 9. Indrani said the five caught hold of her ears and chopped them off with a blade.

Indrani said the squabble began on May 7 when she went to procure water from the tank. Yashodamma was also procuring water at the time. As per norms in the village, each person can procure four pots of water, but Indirani claimed Yashodamma had already procured eight pots of water and was still keeping her pots under the tap.

Villagers pacified both women and brought the situation under control. Indrani claims they assured her that a compromise would be worked out, but nothing was done even after two days.

On May 9, When Indrani was returning from her cattle shed at 9.30am, the accused allegedly caught hold of her and chopped off both her ears. Hearing her cries, her husband Raghupathi rushed to her help. Seeing her profusely bleeding, Raghupathi reportedly hurled stones at Yashodamma’s house. The inmates rushed out and thrashed Raghupathi, injuring his nose.

Indrani was taken to Bethamangala PHC where she was given preliminary medical aid, but since the damage to both ears was severe, she was rushed to SNR Hospital, Kolar where the doctors conducted a minor surgery and sutured back both her ears.

Water scarcity: Woman’s both ears chopped off in fight over drinking water