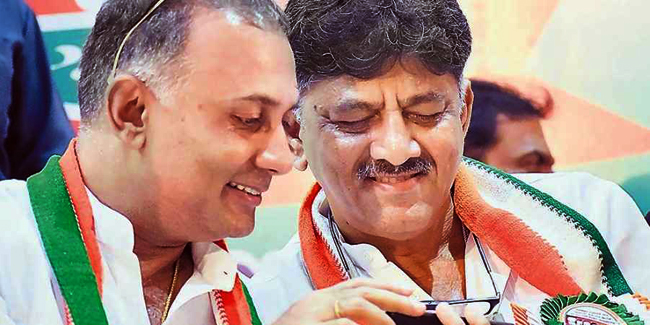 “The party is considering replacing incumbent president Dinesh Gundurao with Shivakumar, and also other office-bearers,” said a leader. A final decision is expected after the AICC working committee meeting to be held next week. Dinesh still has one-and-half years to complete his tenure.

“The party has to appoint PCC presidents in three states. Along with those states, we’re expecting a change of guard in Karnataka too,” said a senior leader. Shivakumar, who is camping in Delhi for the past three days, reportedly met AICC president Sonia Gandhi on Saturday and held talks.

The party is also expected to decide on the opposition leader even as the Congress legislature party leader (CLP) by default is functioning in that role. The party is yet to appoint him officially.
“With Siddaramaiah facing flak from JD(S) supremo HD Deve Gowda, who held him responsible for the collapse of the previous JD(S)-Congress government, his supporters are keeping their fingers crossed,’’ said another leader.