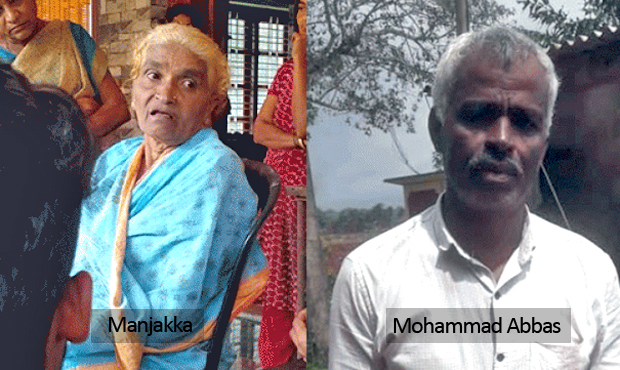 Bantwal, Sept 12: In what could be termed as a miraculous incident, an elderly woman, who was being swept away in the Netravati river was rescued by a boatman at Kadeshivalaya in Bantwal taluk today morning.

Mohammad Abbas, a resident of Kadeshivalaya, whose profession is to transport people through his boat from one bank of the river to the other, is the Good Samaritan who rescued 70-year-old Manjakka, a resident of Ramakunja in Kadaba taulk.

It is said that at around 8:00 a.m., when Abbas was waiting for passengers on the river bank, he noticed a woman being swept away in the river. He immediately reached the spot through his boat and rescued the woman who was about to drown. Local resident Keshav helped Abbas to rescue the woman. She survived with minor injuries.

It is said that earlier in the morning a few people had noticed a woman being swept away in the overflowing river near Netravati Community Hall located near Shree Sahasralingeshwara, Mahakali Temple in Uppinangady. However they could not rescue her.

The woman told Abbas that she hailed from Ramakunja. Later jurisdictional Uppinangady police visited the spot and took her to her home. It is not yet known whether she fell into the river accidentally or it was a suicide attempt. Police are investigating the matter.