Hubballi, May 14: Former Karnataka Chef Minister and Congress Legislative Party leader Siddaramaiah today reiterated that he will not contest in the next election. 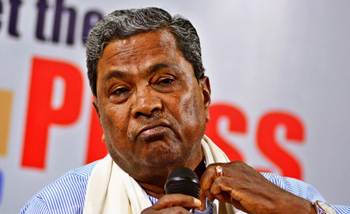 However, he was quick enough to add "that does not mean that I will not become Chief Minister again. Even today I repeat that I will not contest in the next election, but if people bless me why should not I become Chief Minister again. At present there is no vacancy, if people vote Congress party into power in 2023 Assembly election then only the question arises. I cannot stop my supporters from expressing their desire, I cannot ask them to keep silent."

Addressing a press conference here on Tuesday, Siddaramaiah opined that former Chief Minister and State BJP President B S Yeddyurappa has become a 'laughing stock' by falsely claiming to form the Government in Karnataka.