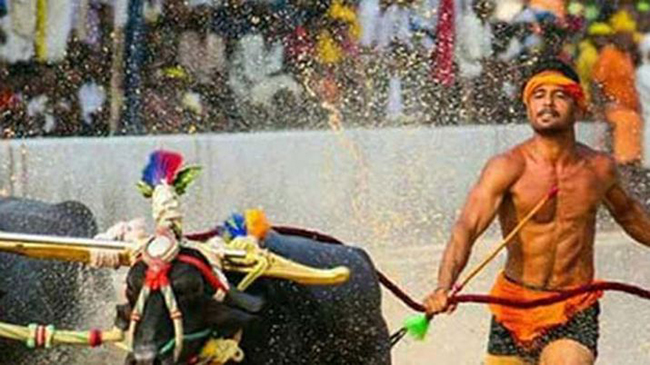 Nishant Shetty from Bajagoli Jogibettu reportedly broke Gowda’s record at the Venoor Kambala on Sunday. Shetty recorded 143m in 13.68 seconds. If calculated for 100m he clocks it in 9.51 seconds. His speed is faster than Gowda who clocked 9.55 seconds.

According to Kambala organisers, with Shetty’s feat, four participants have joined the elite club of racers who have completed the 100 metres in less than ten seconds.

Kambala is an annual race held in Karnataka where people sprint 143m through paddy fields with the buffaloes. During the race, the racers try to bring the buffaloes under control by holding their reins tight and beating them, making it amply clear that the animal plays an equally important role in achieving the timing. Traditionally, it is sponsored by local Tuluva landlords and households in the coastal districts of Dakshina Kannada and Udupi.