Hassan, Dec 7: Nearly seven months after registration of a complaint, the cyberpolice in Hassan have arrested one of the miscreants who were uploading morphed photos of unsuspecting girls on websites and later blackmailing them. 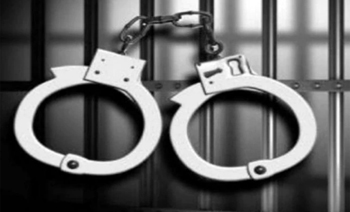 According to police, the accused, Prashanth Rajashekhar Maaya (24), was arrested on Thursday. He belongs to Kadevu village in Indi taluk, Vijayapura district. He is a car driver by profession.

In April, a girl from Hassan had lodged a complaint with Cyber Crime, Economic Offences & Narcotics (CEN) police, claiming that someone had threatened her that he would post her fake nude photos on social media if she wouldn’t pay him.

According to police, the accused was in the habit of creating fake nude photos of random girls available on social media and later blackmail them for money.

As per an FIR filed on April 7, the victim received a message on her phone regarding her fake nude photos from Swathi, the accused's friend. Swathi told the victim that she got those photos from social media. Swathi cooked up a story and claimed that she too received a similar call from someone but later she heeded to their demands by sending her nude video and paid money to remove the uploaded morphed pictures on the website.

The victim believed it and recorded herself nude and sent the video to the accused along with Rs 17,000 which was deposited in a bank account held by one Shivanand of Belagavi. Two days later, the accused sent her nude photos and demanded Rs 50,000 this time following which she approached police.

The police said many girls from different districts were being trapped in the same manner. An investigation is under way to nab the other miscreants of this network.