Zameer Ahmed among 30 Cong activists arrested during protest against Reddy 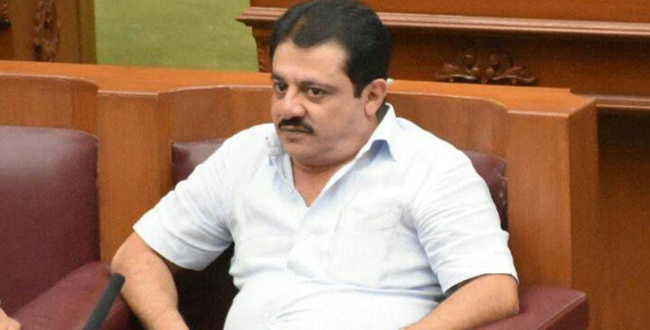 Ballari, Jan 13: Police on Monday arrested more than 30 Congress activists, including Congress MLA B Z Zameer Ahmad, who were on the way to Ballari to stage a dharna in front of MLA G Somashekhar Reddy's residence after he delivered hate speech during a pro-CAA demonstration a week ago.

Ballari Superintendent of Police SP C K Baba said that Congress MLA B Z Zameer Ahmed has not been granted permission to stage a dharna in front of the Bellary MLA’s residence.

Zameer Ahmed had asked the police to arrest Mr Reddy after he delivered a provocative speech or he will stage a dharna in front of the later's house.

SP said, “Investigations into the complaints pertaining to the provocative speech by Bellary City MLA G Somashekar Reddy is underway. In-charge Dy SP Maheshwara Gouda has taken statements of the complainants and others related to the case. A charge sheet on the same will be submitted to the court soon."

Reddy has been booked for making a provocative speech during a pro-CAA protest here in Ballari last week in which he said that Hindus outnumbered Muslims.

Following the incident police provided high police security to the MLA house and sensitive area in the city.

Zameer Ahmed among 30 Cong activists arrested during protest against Reddy